Serbia has qualified for three of the last four World Cups as a separate nation, but since entering as Yugoslavia in 1998, they have not advanced past the Group Stages. They had a fantastic qualification campaign, winning every game they played and coming out on top of their league, but the excitement of their last match was the cherry on top.

Serbia needed a win in their final qualifier in Portugal to finish first in their group and qualify automatically; they fell down early but rallied to tie the game through Tadic before Mitrovic delivered in stoppage time to secure a 2-1 victory.

After missing out on last year's European Championships, this was a much-needed boost, and they'll be hoping to make up for the last three World Cups in which they've been eliminated in the first round. 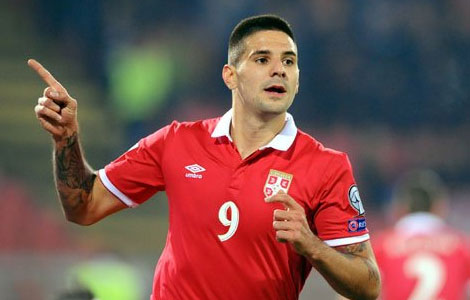 When he first arrived in England at the age of 20, he had a difficult time adjusting to the Premier League with Fulham and Newcastle. However, his stock has since risen.

His 43 goals in 44 games in the Championship last year set a new record for goals in a single English league season, and his return to the Premier League this year kicked out with a pair of goals against Liverpool.